The optimal route for Any% Hard is unlike Any% Easy & Normal to go to Kraid first, collecting a lot of ammo and to take down Ridley later. The rest of the route is identical: Fight Mother Brain, Charlie and Mecha-Ridley.

Due to the nature of Zero Mission´s hardmode, ammo and health management gets especially important. Each E-Tank is only worth of an extra 50hp, each missile tank are only 2 additional missiles. Super Missile Tanks and Power Bomb Tanks only increase your limit by just 1 instead of 2. Also, there are some other minor changes like different enemies, more enemies and other placements of the enemies. In the Mother Ship and Chozodia are also some Save Rooms locked for the entire game and cannot be accessed to save and refill.

This category requires you to do:

Brinstar is always known for it´s quick and challenging plattforming. Try to climb up the tower. There you now have the option to do a quick detour for the Long Beam, which requires some fast shooting and a morph ball trick to leave the area. When you are back at the main route, follow it until you get your first missile and fight the Charge Worm. It is recommended to get the Charge Beam early to make your plattforming a lot easier and more consistent.

The Hive Room is also a troublesome room because of how randomly the bugs can behave. The most optimal strat of damage-boosting into the hives to stay on top of the room is not considered RTA viable because it has such a low chance of success, so the most common strat you will see is to run underneath the hives and lure the bugs after you, then loop back around to destroy the hives before the bugs come back. At this point, you will only have a maximum of 4 missiles (your first pillar missile and the missle tank from the hive room itself).

Now you can take a direct path to the Bombs. If you have not killed the Charge Worm at your first try, you will now get your second try two rooms after the hive room. Once you reached the bombs, you go behind the room to the left to pick up another missile tank and now you can go straight down to Kraid´s Lair. On your way to Kraid´s Lair you can grab up more missiles after the hive room and in a side-room of the Brinstar Climb. In the ceiling of lower Brinstar can you grab your second E-Tank of the Run. From now on, it´s just a small walk down to Kraid´s Lair. 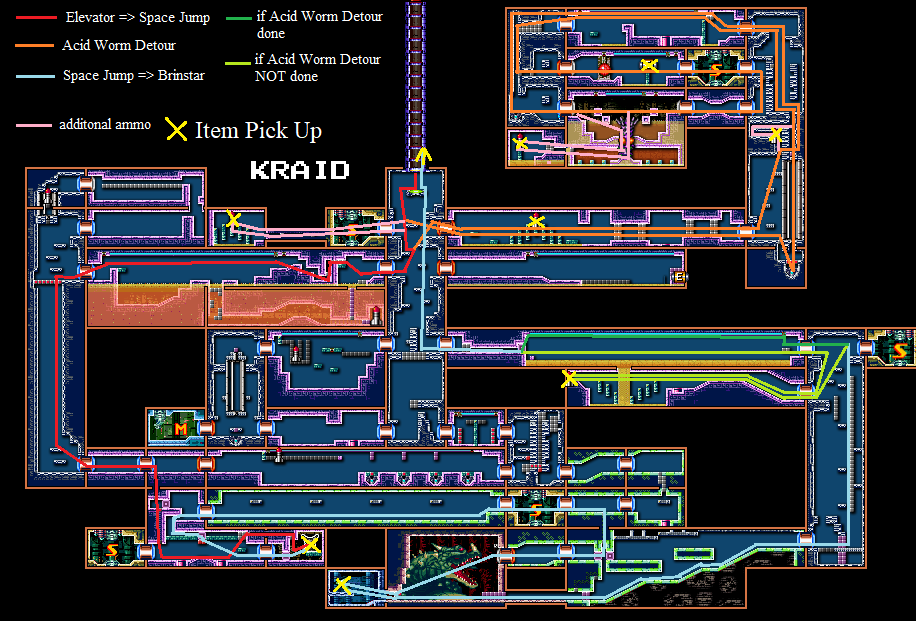 Kraid´s Lair is quite straight forward, but depending on which alternate you choose, it will be a bit different.

As an alternative for the Beginning of Kraid´s Lair you can grab another missile tank if you go to the secret room from the Save Station.

The biggest difference begins now: Do you want to do the Acid Worm Skip or not? If you want to do it: You need to be able to perform Horizontal Bomb Jumps (HBJs), because unlike the classical Acid Worm Skip, you don´t have the Power Grip due to the Kraid First Route in Any% Hard. It also requires a bit later in Kraid´s Lair to perform a relatively hard shinespark.

If you don´t want to do it: You will fight the Acid Worm. To fight the Acid Worm, you need to go the right. On your way you will get another missile and e-tank. You will need a kind of tricky Diagonal Bomb Jump (DBJs) here to continue. The fight against the Acid Worm varies hardly on the category you run, but in Any% Hard your missile count will be quite low. That´s why it might be interesting to take a refill in Brinstar near the E-Tank in the ceiling at the Chozo Statue. The fight itself will mostly be missile drop depending and so you will need to farm on the right side of the room where you can easily destroy the Acid Worms´ spikes. You can repeat this process until you can kill the Acid Worm. Once you have beaten the Acid Worm, you can travel back to the beginning. You can grab two additional missile tanks as well. One is below the Acid Worm and one is in the cannon ball room on your way out. 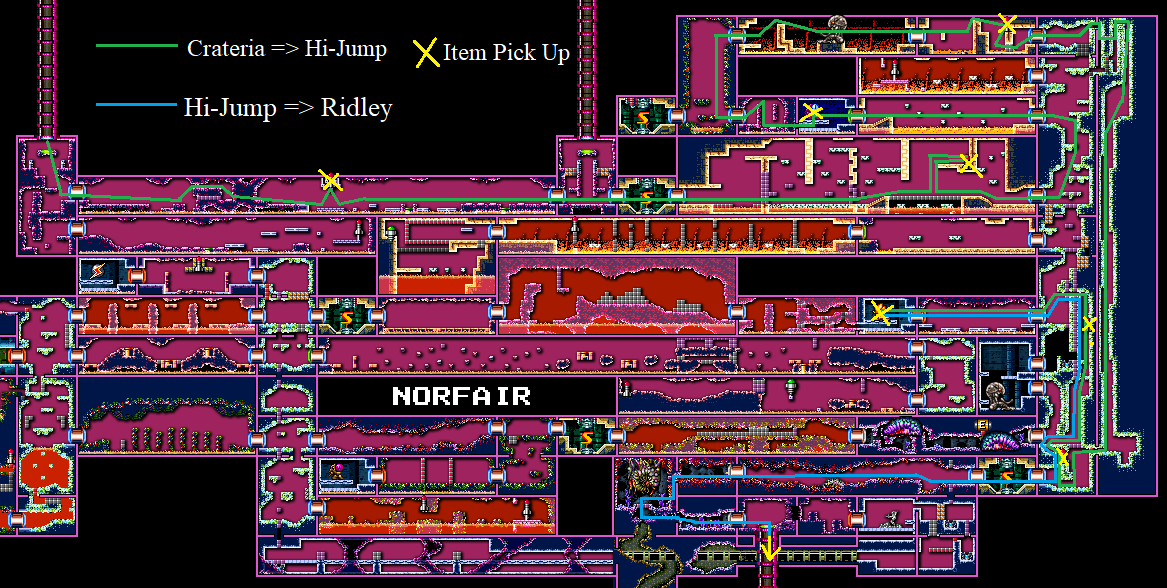 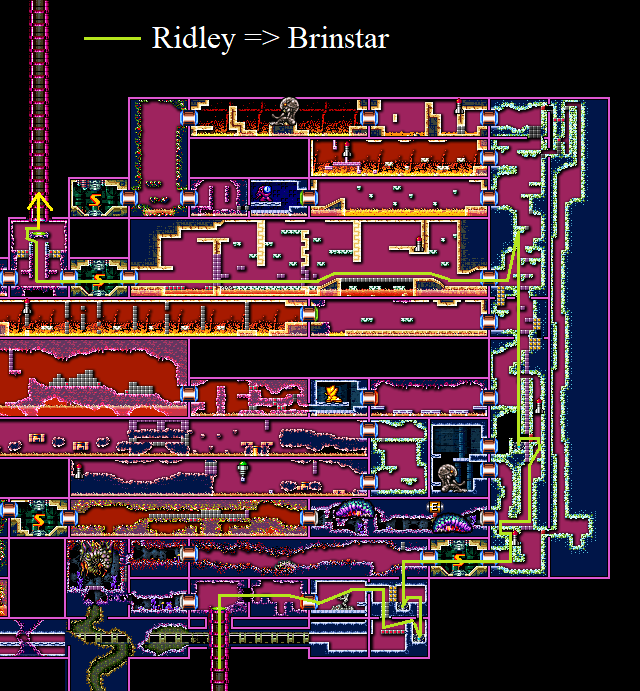 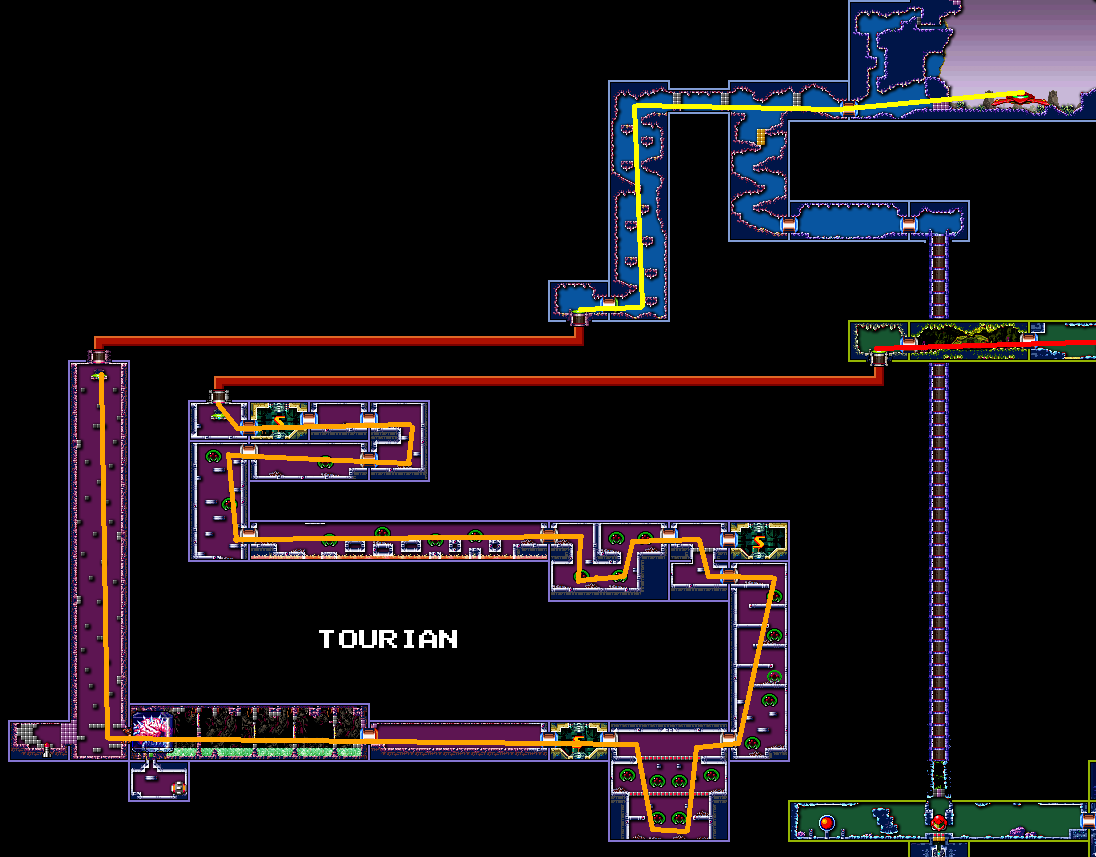 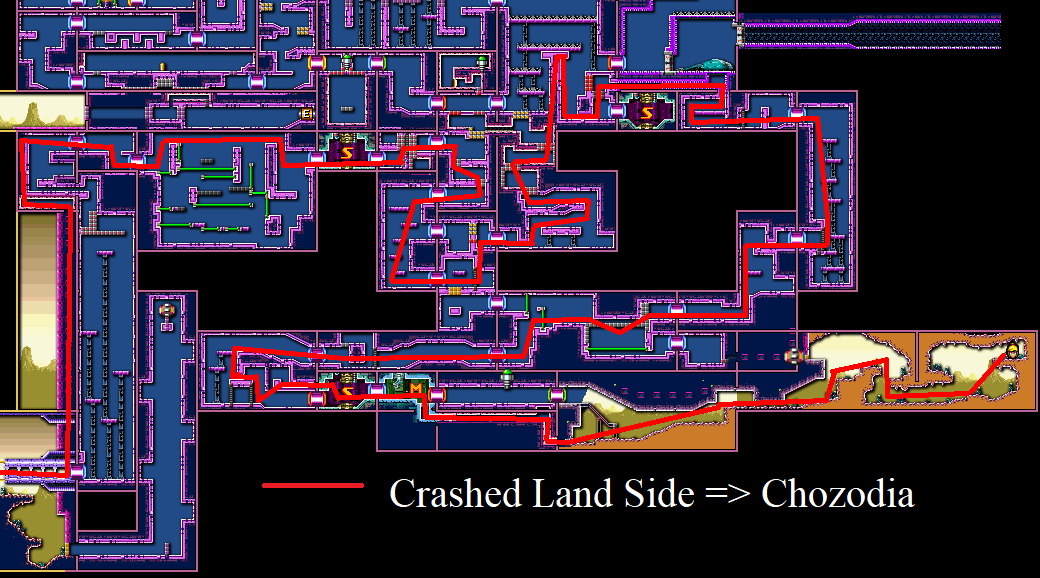 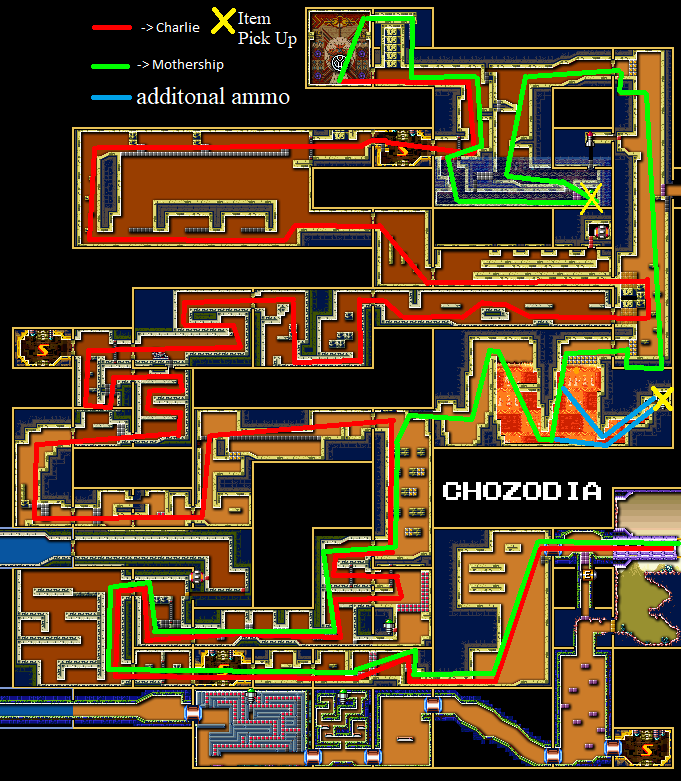 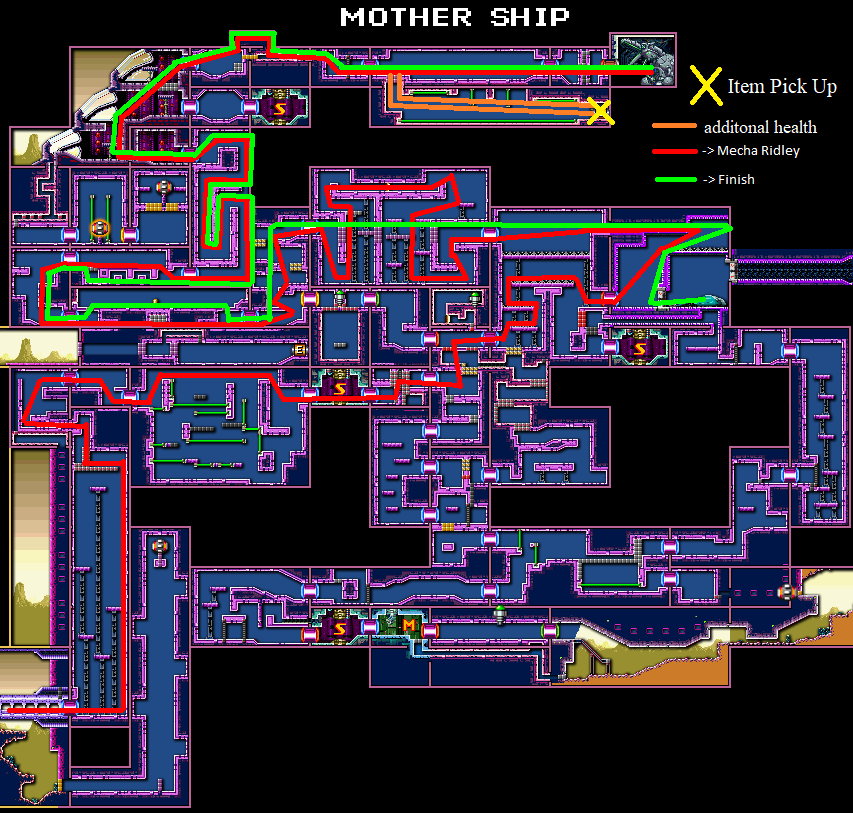